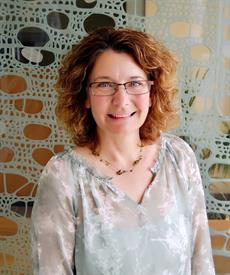 Background: Kathy received her B.S. in Animal Science from the University of Wisconsin-River Falls in 1989 and her M.S. from Virginia Polytechnic Institute and State University in 1991 where she first learned to manipulate mammalian embryos. She worked in Transgenic Animal Facility (TAF) from 1991-2005, returned to TAF in 2010 and has been the Facility Manager since 2013. In 2010, Kathy trained in the lab of Dr. Tadao Serikawa in Kyoto, Japan to learn rat embryo and sperm techniques such as cryopreservation and intra-cytoplasmic sperm injections. In 2014, she participated in the CARD-RPCI Sperm and Embryo Cryopreservation Course at Roswell Park Cancer Institute in Buffalo, NY.  In 2017, she was an invited speaker at the International Society for Transgenic Technology (ISTT) meeting held in Salt Lake City, UT.

Background: Tori received her B.S. in Zoology from UW-Madison in 2017. Since 2018, she has worked with a variety of research animals at the Biotron Laboratory, Charmany Farms, and eGenesis, where she worked with xenotransplant research involving cloned pigs. She joined GEAM in April 2022, where she manages the mouse colonies and helps with embryo collection.

Background: Harry is pursuing a degree in Genetic and Genomics and Psychology with plans to graduate from the University of Wisconsin-Madison.  He joined GEAM in May, 2021.